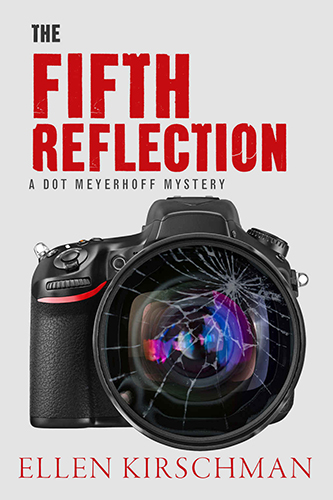 Police psychologist Dr. Dot Meyerhoff is pulled into the vortex of a terrible crime involving an eccentric photographer whose images of children make her a prime suspect in the disappearance of her own daughter. The principal investigator in the case is a young officer whose dedication to work and obsession with finding the missing child is tearing his own family apart. Trapped between her allegiance to the investigator, her complicated connections to the photographer, and her unstable relationship with the police chief, Dot must find a way to help everyone involved. As Dot’s psychological expertise and determination contribute to solving the mystery, her involvement with the missing child’s extended, dysfunctional family brings her face-to-face with painful psychological issues of her own. The Fifth Reflection delivers an up-close look at the psychological strain of police work, the complexities of being married to a cop, and the deadliness of jealousy.

Discussion Guide (NEW!)
“When Chrissy’s body is found, the pressure increases on everyone. Using her skills as a psychologist and then as amateur sleuth, Dot unmasks a surprising but unlikely team of bad guys.”
—Publishers Weekly
“A deftly crafted and riveting read from beginning to end, The Fifth Reflection clearly reveals author Ellen Kirschman’s genuine flair for originality and mastery of the genre.”
—MidWest Book Review
“The Fifth Reflection is a shocking police procedural told through the eyes of police psychologist Dot Meyerhoff. Dot’s smart, tough, and dogged. Just the person I’d want on my side when seeking justice.”
—Matt Coyle, award-winning author
“Great mystery, interesting characters and dynamics…. a difficult subject sensitively handled.”
—Colman Keane, Col’s Criminal Library
“It’s clear that police psychologist Ellen Kirschman knows her stuff…. The writing is honest, the characters feel real, and the science is subtly planted. Readers will learn without trying as they enjoy a tense, well-paced tale about human flaws, needs, and motivations.”
—Katherine Ramsland, bestselling author of Confession of a Serial Killer: Inside the Mind of Dennis Rader, the BTK Killer 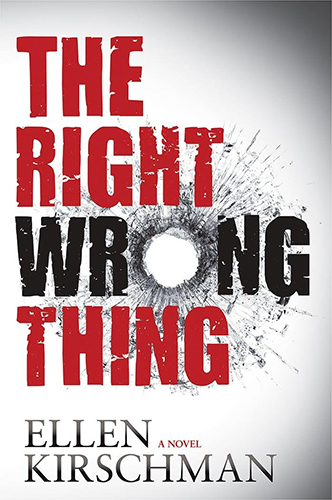 Officer Randy Spelling had always wanted to follow in the footsteps of her father and brothers to become a police officer. Not long after joining the force, she shoots and kills Lakeisha Gibbs, a pregnant teenager, who is armed only with a cellphone. The community is outraged; Lakeisha’s family is vocal and vicious in their attacks. Suffering from post-traumatic stress disorder and filled with remorse, Randy is desperate to apologize to the girl’s family. Everyone, including the police chief, warns her against this, but the young police officer will not be dissuaded. Her attempt is catastrophic. Her counselor, police psychologist, Dr. Dot Myerhoff, plunges into the investigation despite orders from the police chief to back off. Dot’s refusal to obey orders jeopardizes both her career and her life, as she enlists unlikely allies and unconventional undercover work to expose the tangled net of Officer Spelling’s disastrous course.

Finalist in the Thriller/​Adventure category of the 2015 USA Best Book Awards
Named one of the best books of 2015 by BookReporter.com

Discussion Guide (NEW!)
“Kirschman, herself a psychologist who has served as a police department consultant, perceptively treats complex racial, feminist, personal, and political issues while providing intimate knowledge of cops’ shop procedure.”
—Publishers Weekly
“Ellen Kirschman is one to watch… She…provides intimate knowledge of police procedures, sort of like ‘Law & Order’ on steroids. … I found enlightening―though disturbing―just how difficult is the life of a law enforcement officer, especially one forced to kill.”
—Bookreporter.com
“Those looking for a meaningful story forged against the backdrop of a relevant social construct will enjoy going on this adventure.”
—Foreword Reviews
“Ellen Kirschman’s richly nuanced The Right Wrong Thing rings with authenticity. This fiction is so gutsy and emotionally anchored in real life that it will stay with you long after reading its final pages.”
—Hallie Ephron, New York Times best-selling author
“Riveting, compelling, and authentic! Ellen Kirschman’s been-there, done-that experience makes this a real standout. She gives readers not only a terrific story, but a chilling insight into the hidden dangers police officers face every day.”
—Hank Phillippi Ryan, award winning author 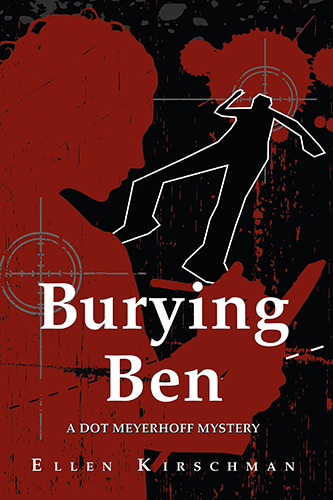 Book One in the Dot Meyerhoff Mysteries

Dot Meyerhoff has barely settled into her new job as a psychologist for the Kenilworth Police Department when Ben Gomez, a troubled young rookie that she is counseling, commits suicide without any warning and leaves a note blaming her. Overnight, her promising new start becomes a nightmare. At stake is her job, her reputation, her license to practice, and her already battered sense of self-worth. Dot resolves to find out not just what led Ben to kill himself, but why her psychologist ex-husband, the man she most wants to avoid, recommended that Ben be hired in the first place. Ben’s surviving family and everyone else connected to him are determined to keep Ben’s story a secret, by any means necessary. Even Ben, from the grave, has secrets to keep. Right from the start, Dot’s efforts get her into trouble. First she alienates Ben’s training officer, who is barely managing to hold onto his own job. With the police chief watching over her shoulder, she tries to help the officer with disastrous consequences. After reaching out to console Ben’s pregnant—and slightly sociopathic—widow, Dot winds up embroiled in the affairs of her incredibly dysfunctional family. Dot’s troubles are compounded by a post-divorce romance, the ex who still has a hold over her, and an unwelcome visit from his new wife. By the time she uncovers the real reasons behind Ben’s suicide and brings the people responsible to justice, Dot has not only resurrected belief in herself, she has also acquired some surprisingly useful new skills: impersonating a public official, burglary, and assault with a deadly weapon.

Discussion Guide (NEW!)
“A deftly crafted novel of compelling complexity, Burying Ben is an inherently absorbing read from beginning to end and marks author Ellen Kirschman as a novelist of exceptional storytelling talent.”
—Midwest Book Review
“This fiction is so gutsy and emotionally anchored in real life that it will stay with you long after reading its final pages.”
—Hallie Ephron, New York Times best-selling author
“In her first fiction work, Ellen Kirschman has created what most veteran authors only dream of―compelling characters in a tight-turning plot.”
—Mike Orenduff
“Just finished Burying Ben and must tell you what a thrill it was to read a crime story so original, so intelligent, so beautifully structured, so sensitive to so many different characters, so just plain good.”
—Reader Review